A strong connection for the live stream: LTE bonding 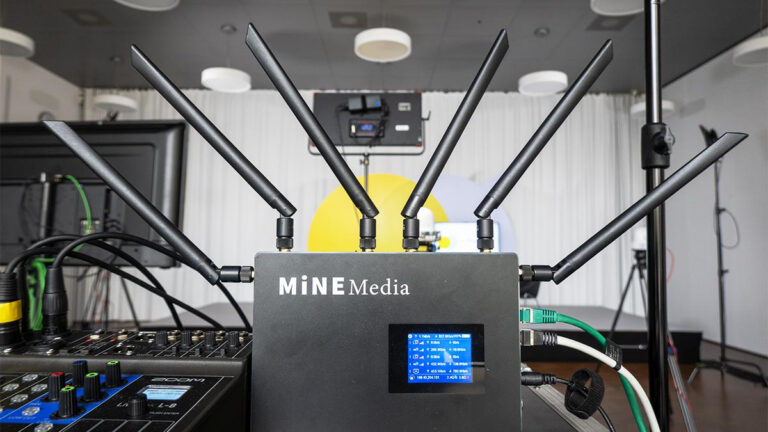 The difference between LTE bonding and normal LTE

With the introduction and spread of mobile communications, the triumphant advance of cell phones and smartphones began. Since then, the doorbell has been ringing, vibrating and humming on every corner, with millions of users sending messages, smileys and photos. Eleven years ago, Deutsche Telekom put the first ground station using the new LTE cellular technology into operation in Germany. With up to 1200 megabits per second, cellular connections are now significantly faster. But even with the latest technology, there are always technical disadvantages. Such problems can quickly lead to difficulties, especially in the event and live stream area. LTE bonding can be a solution for this. In this article we clarify how LTE bonding works, what advantages it offers over LTE and how LTE bonding can be used in a live stream.

In order to understand the main disadvantage of LTE, one first has to explain how a cellular connection works. For an internet connection, the smartphone first has to dial into a transmitter mast nearby. A cell phone mast only has a certain bandwidth available. If a large number of smartphones dial into the same mast in one day, the individual cellular connections are correspondingly low. Since you always share your LTE connection with several people, there are corresponding fluctuations in speed. The biggest disadvantage is the uncertainty, because it is difficult to predict how many smartphones will log into the same transmission masts at what time of day. But if you plan a live stream, you need security and a stable cellular connection. If many guests are invited to the event that is broadcast live (with their cell phones), the LTE connection will also suffer.

The principle behind the data transfer

But what principle is actually behind data transmission via cellular network? Let’s take a livestream from the zoo as an example. In the case of a live stream, sound and images are transmitted virtually to the network, for example on YouTube. For this purpose, all data is divided into small packets and sent one by one. The order logically plays a major role. If the packets arrive mixed up or incomplete at the recipient, the recipient cannot process the information correctly and an error occurs. To stick with the sample stream from the zoo, if the data packets were not transmitted completely, dropouts or disruptions in the live stream would occur. In the worst case, viewers switch off the live stream in the event of a malfunction.

How can the two protocols UDP and TCP now be combined with LTE bonding? With LTE bonding, several connections are used in parallel for data transmission. It can happen that data packets that were sent later arrive at the recipient earlier than packets that were sent earlier. A mess quickly arises on the receiving end. The result is an unstable internet connection and disruptions. Many servers also only allow one session per connection. However, if the data packets are sent from different connections, the session may end abruptly and the user will be logged out.

So that there is no mess and you can still rely on LTE connections during the live stream, the data packets are not sent straight to the recipient with LTE bonding, but rather to a bonding server. The server serves as the remote station and sorts all data packets into the correct order. The packages are then sent to the actual recipient. Thanks to the bonding server, LTE bonding, for example, can be used during a live stream without the problems normally associated with it.

Mine Media products rely on internet bonding. If this Modem M4, the Encoder Q8 or the Video mixer R8, Mine Media relies on the latest technology for streaming hardware. With the M4, the bonding server can be used as a remote station for Internet bonding simply as a Subscription can also be booked. The subscription offered has no transfer restrictions, it is a flat rate. If the customer books the bonding subscription via Prankl Trading & Services GmbH, a server for the device is configured as a remote station at a German data center. In this case, the data is aggregated in Germany. More information about the bonding subscription and a booking function can be found on our partner site Livestream-Server.de .

The Munich Security Conference is an institution for global foreign, security and defense policy. Whether US Vice President Kamala Harris,